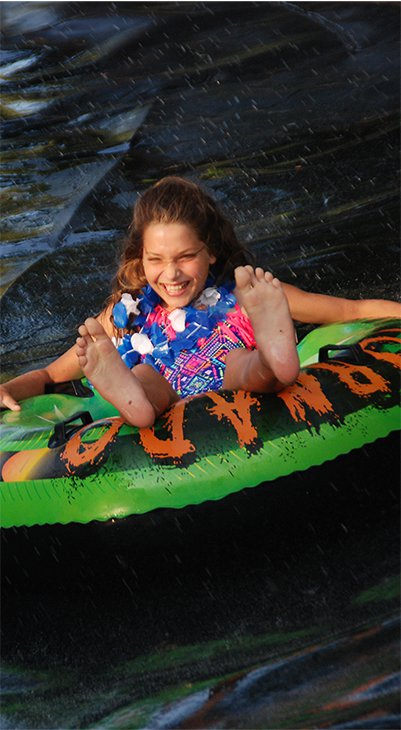 The name “Camp of the Rising Son” is based on our leaders’ desire to present Christ, our risen Lord, to campers – in the midst of fun, exploration and discovery.

The camp has established a theme that uses Native American names for our buildings, and we address staff members as “chiefs,” borrowing from Camp Sandy Cove in Maryland where Chief Margie Newman worked in the 1960s. There, she fell in love with camping and viewed it as the best possible setting for connecting with the heart of a child and living out the love of Christ in God’s creation. Camp of the Rising Son began in 1980 with just 27 campers and a two-week program, directed by none other than Chief Margie.

Chief Margie says, “Over the 20 years that I directed, it was my greatest joy to see children respond to the Gospel, inviting Jesus to be their own personal Savior! Knowing that God created this earth to bear testimony to His greatness, we delighted in focusing on His handiwork around us. Even our cabins were designed to assure that campers could hear crickets and frogs as they lay in bed at night! Many parents sent their children for the high quality training in various activities, but, at the end of the week, our greatest joy is knowing their lives had been changed by knowing Jesus personally!”

By 1985, CRS spanned four weeks with registration of 100 campers per week. Seeing more space was needed, the FCA Board of Directors moved to build a separate facility near Lake Anne, a half mile from campus. In 1987, the Hall Lodge was built and became headquarters for CRS. In addition, 16 cabins, a large activities building known as the “Pow Wow,” a crafts and pottery cabin, two shower houses and several small sheds for camp equipment were also built.

In the early 1990s, CRS was serving more than 200 children a week and added a white-white rafting program for teens. We were hiring a total of 65 summer staff members each year. By the mid-1990’s, it was a joy to have former campers begin returning as counselors!

From the late 1990s through 2008, directors Rusty McKnight, Larry Littlejohn and Step Morgan made a lasting impact on the staff and campers at CRS. A leadership training program for 15-year-olds was added, a new pool was built, the floating dock was put in the lake and a ninth cabin was constructed in the Maiden Unit.

Carrie Browning is CRS’s current director. She began as a camper, returned as a counselor and program director, and assumed the director’s position in fall 2008. Under her leadership, the program offerings for teens have expanded to include horse camp, astronomy camp and our Ultimate Adventure rafting trip. The Blazing the Trail Campaign allowed for improvements and additions to the waterfront area such as new docks, waterslide, pavillion and lake zip line!

Chief Carrie says, “Over the years, though there have been new additions and updates to our activities and facilities, the core values of Camp of the Rising Son remain the same. We are committed to providing a safe environment and Christ-centered setting for children and youth that intentionally focuses on experiencing creation, building relationships, encouraging creativity, learning new skills and having lots of fun!”

How Can You Help? 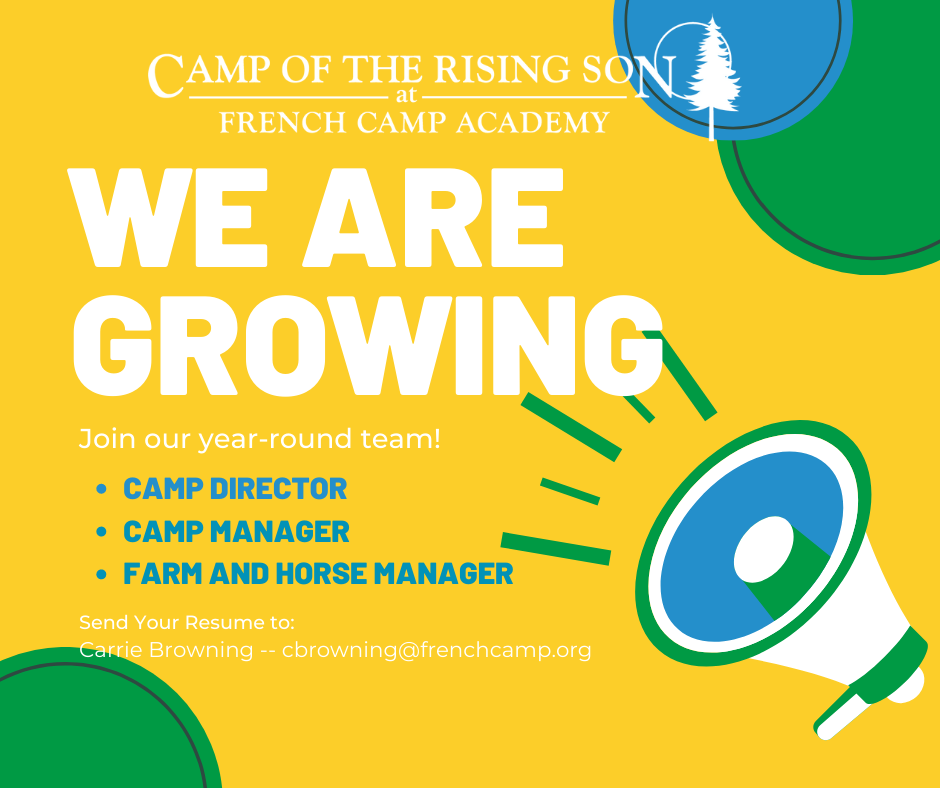 Please give to help us provide meaningful experiences for campers at camp where new friendships take root, faith and character grow, and fun has eternal significance.